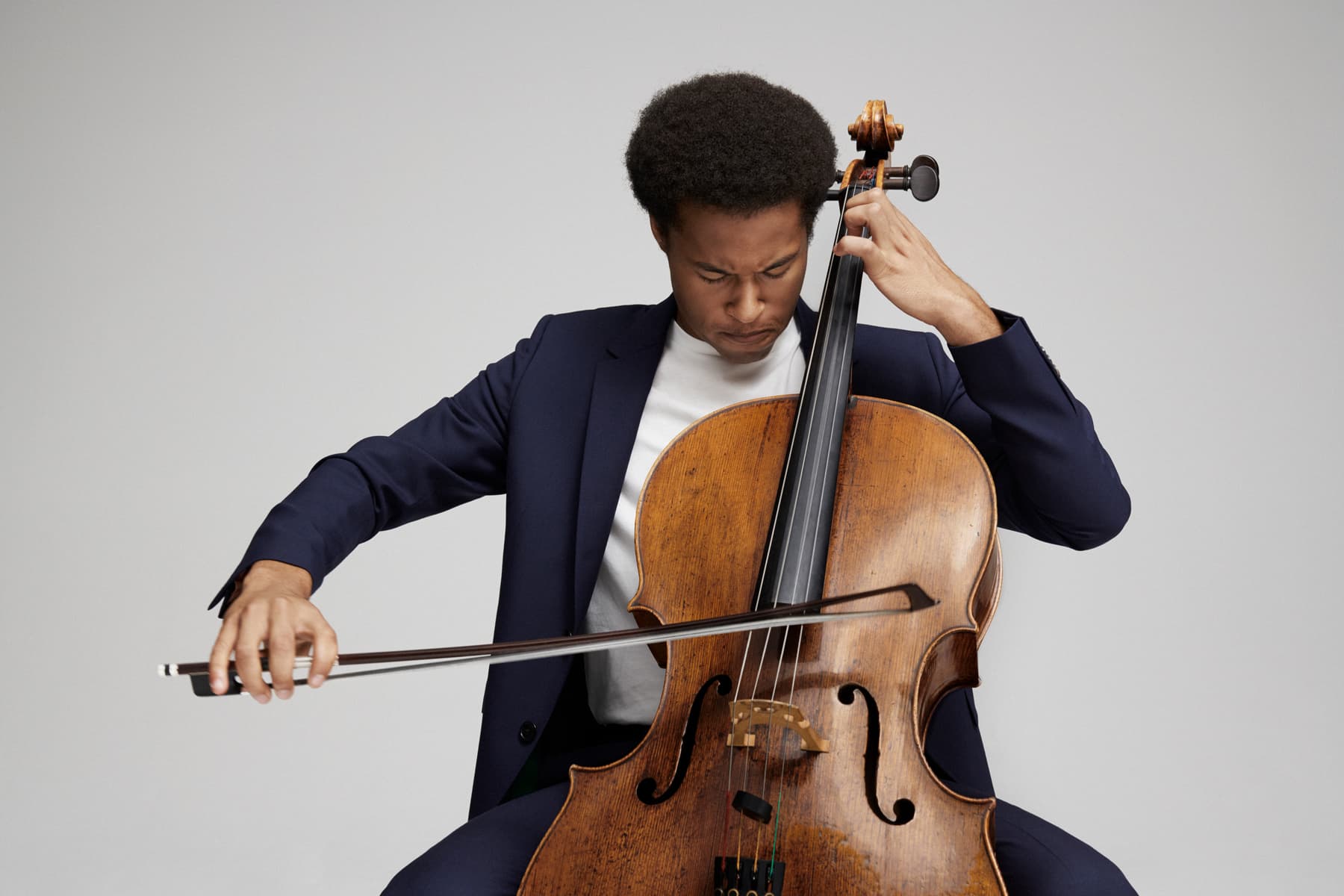 A SUIT TO TRAVEL IN

The celebrated cellist who performed at the Royal Wedding, Sheku Kanneh-Mason, puts A Suit To Travel In through an intensive musical workout.

This new film sees the Nottingham-born cellist play an extract from the physically demanding ‘Caprice No. 1’ by Piatti.
“Piatti was mainly a cellist, not really a composer,” says Sheku, “so these pieces were written to help learn and practice different techniques on the cello”.

Sheku’s rapid movements and expressive playing style put A Suit To Travel In to the test. The flexibility and comfort of the suit, matched with the natural breathable quality of the wool, help him to feel unrestricted and at ease, giving him the freedom to play.

“I developed A Suit To Travel In for people like me who are constantly moving and on the go and need a suit that still looks fresh”, says Paul.
After the filming, Paul sat down with Sheku to discuss life, music and how it feels to perform in A Suit To Travel In.

2018 has already been an incredible year for the young musician. His debut album, Inspiration, broke into the top 20 of the UK album charts and became the UK’s best selling classical album of the year. Then, in May, his Royal Wedding performance was watched by nearly two billion people and captured the imagination of audiences across the world.
Paul personally dressed Sheku for his performance at the Royal Wedding in A Suit To Travel In, matched with a pair of colourful, striped Paul Smith socks.
You can see pictures from that fitting here and shop A Suit To Travel In online and in shops today.

All of the above and images are courtesy of Paul Smith