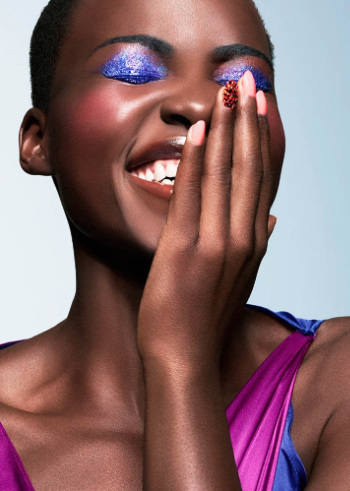 There has never been a better time for black women in beauty to succeed. The beauty industry is the most diverse it has ever been thanks to a number of individuals who have changed the game and set the pace for others to follow suit. Globally, black women spend over £4.8 billion on beauty products and services each year. Young black girls growing up will have an easier time finding suitable make up products for their skin tone, and more role models to look up to in the predominantly Caucasian focused industry. As Black History month comes to an end, it is important to recognise the trailblazers who have made breakthroughs within the industry to promote inclusivity.

Beverly Johnson’s American Vogue debut in 1974 was an iconic milestone for the industry. Not only was this the first time a black woman had graced the cover of Vogue, the editorial was for the aspirational ‘American look’ issue. The makeup techniques used in the editorial, became popular trends in the years that followed including pencil-thin brows, her feathery, blown-out bob and subtle red lips. Two decades later the Queen of Drag Ru Paul, became the face of Mac’s iconic 1994 Viva Glam red lipstick campaign; showcasing support for the LGBTQ+ community to raise awareness and donations for the fight against HIV. Since then numerous black influential figures including Mary J. Blige, Lil’ Kim and Winnie Harlow have featured in the campaigns, which have raised over $500 million for the cause.

Award winning actress, Lupita Nyong’o became the first black ambassador for the luxury skincare and cosmetics brand Lancôme, a brand predominantly associated with Caucasian models and ambassadors. “I am truly honoured to join the Maison Lancôme, a brand with such a prestigious history that I have always loved. I am particularly proud to represent its unique vision for women and the idea that beauty should not be dictated, but should instead be an expression of a woman’s freedom to be herself.” Nyong’o said in a statement. This led to an increase in black female consumers for Lancôme, testing out the brands collection of foundations.

Jackie Aina, one of the most successful beauty influencers and YouTubers in the game. With over 3.5 million subscribers Jackie Aina is widely known for her beautiful make up tutorials and speaking out against brands failure to consider individuals with dark skin in their product offerings. She has been fortunate enough to work with major brands such as Too faced and Anastasia Beverley Hills, contributing to bringing more suitable and flattering products to the beauty industry for darker skin tones. In 2018, she won an NAACP YouTuber of the year award for her outstanding achievements, she has become a true beacon of creativity and inspiration to millions of viewers worldwide.

Without these iconic moments and champions of diversity, the beauty sector would not be what it is today. These major breakthroughs have made the availability of products for black men and women more accessible. There is still lots of room for development in regards to inclusion, however it’s important to highlight how far we’ve come and the contributions that have been made.