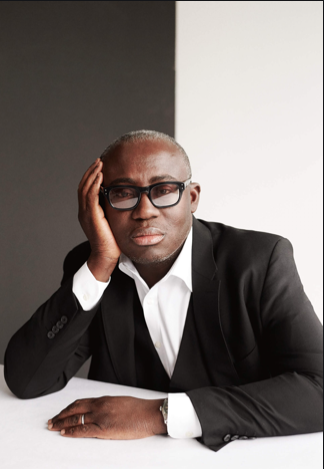 Following the Editor and Chief’s success and resurgence of British Vogue, Edward Enninful has been promoted to Vogue’s European editorial director, inclusive of control over editions by France, Italy, Germany and Spain. A development for diversity within the fashion industry. Back in 2017, Edward Enninful became the first black Editor and Chief in Vogue history, taking over from renowned former Editor and Chief Alexandra Shulman, his first edition featured model and activist Adwoa Aboa. Three years later, Enninful is making history once again. The editor has always championed for more representations of diversity within the fashion industry throughout his time at British Vogue. Early this year Misan Harriman, a devoted Black Lives Matter protester; was allocated as the photographer to shoot the cover for the iconic September issue for British Vogue. This was a milestone for the publication, as Harriman became the first Black male photographer to shoot a cover for British Vogue in its 104-year history.  The issue was centred around activism, in light of the BLM events and discussions which had occurred during the course of 2020. The issue consists of a fold-out cover featuring stars including Adwoa Aboah, Marcus Rashford and a number of other influential global activists.

One of Enninful’s key focus for the direction of the magazine was to ensure that different kinds of people, different sizes and different races were all significantly represented in each issue. Diversity was injected into the DNA of the historic fashion magazine, although not without retaining the essence of British Vogue. Enninful writes “It was just a sign of the times really. I didn’t reinvent the wheel. All I did was I just looked at the magazine and thought from my perspective what would I like to see?” he explained. “It’s still Vogue, it still has to have that gravitas. It’s aspirational but I like to think I was able to bring a little bit of the world I saw, the world at large, the world you live in, the world we live in, into the magazine. “Vogue was always for everybody. It was just a case of continuing that narrative for today.”

The new promotion comes as a great move for inclusivity within the fashion industry for black individuals, who are often overlooked or underrepresented. Hopefully the new European editorial director can establish more diverse practices throughout the various European editions of the publication.