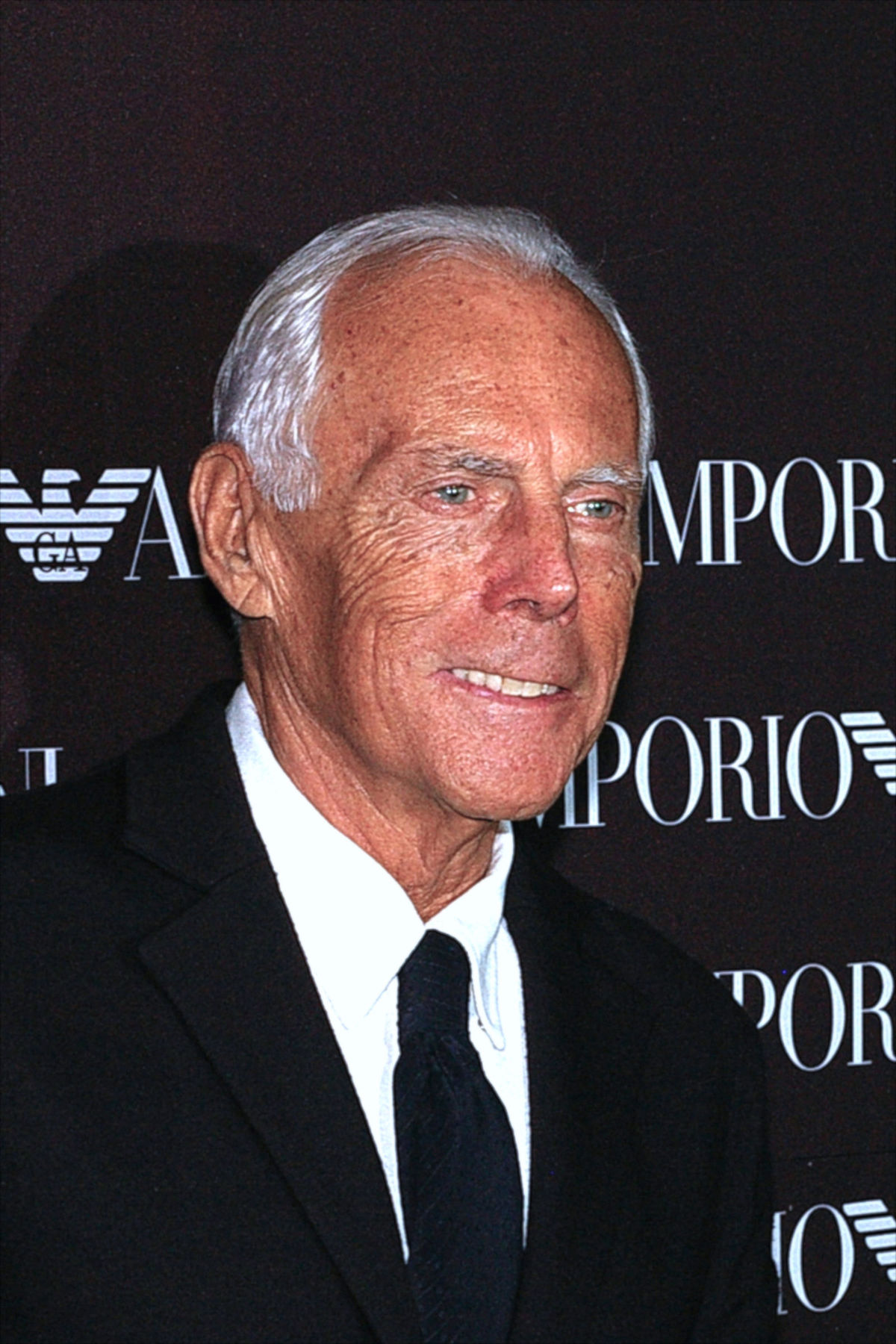 The British Fashion Council (BFC) is delighted to announce that Giorgio Armani will receive the Outstanding Achievement Award at The Fashion Awards 2019, on Monday 2nd December at the Royal Albert Hall, London. Giorgio Armani will be awarded for his outstanding contribution to the global fashion industry, his creativity and vision of timeless style and care for detail, that have provided such inspiration to so many in the industry.

As the Chairman and CEO of the Armani Group, one of the world’s leading fashion and lifestyle design houses and among the few with a sole owner directly involved in all strategic decisions concerning style and design, Giorgio Armani has overseen the growth of the label from a ready-to-wear brand to a luxury fashion empire. His fashion philosophy, vision of style as lifestyle, together with his entrepreneurial ability, are the basis for the success of the Armani Group; including the Giorgio Armani, Emporio Armani, and A/X Armani Exchange collections.

Caroline Rush CBE, Chief Executive, commented: “We are thrilled to be honouring Giorgio Armani with the Outstanding Achievement Award. With more than four decades in the business, Mr Armani’s contribution to the fashion industry is indeed outstanding. Renowned for his timeless vision of style and the brands’ ability to stay relevant, he has led the way where other brands have followed. We look forward to celebrating with him in London in December.”

Born in the city of Piacenza, Giorgio Armani studied medicine before moving to Milan where he worked as a buyer for the department store, La Rinascente. Later, he collaborated with Nino Cerruti and worked as a freelance designer at several companies, developing an articulate vision of fashion and style. In 1975, following a suggestion from his partner, Sergio Galeotti, Giorgio Armani decided to create his own label. That same year, on July 24th, Giorgio Armani S.p.A. was born, producing both men’s and women’s ready-to-wear collections. With an understanding of changing needs in the industry, Giorgio Armani successfully established the look of an androgynous and determined woman, and a less-rigid man, offering his clients sophisticated and timeless clothes.

Since the establishment of his own brand, Giorgio Armani has designed costumes for over 200 films, starting with American Gigolo in 1980, as well as the official uniform for the English football team in 2006 and the uniforms for the Italian Olympic and Paralympic teams since 2012. The designer released his first fragrance in 1982 and his first home collection in 2000. In 2005 the designer launched his Haute Couture collection in Paris. In 2010 he opened the first Armani/Hotel in Dubai followed by Milan in 2011.

In 2015 Giorgio Armani celebrated the 40th anniversary of his brand with a spectacular event in Milan and the opening of the Armani/Silos exhibition and educational space, dedicated to illustrating the designer’s professional experience. Armani/Silos hosts a permanent collection of Armani creations as well as temporary exhibitions curated by the designer himself.
In 2016 the designer announced the creation of the Giorgio Armani Foundation to implement projects of public and social interest and to ensure that the group’s governance assets are kept stable over time, in respect of and consistent with the principles at the basis of his activities as a designer and entrepreneur.

Giorgio Armani’s achievements are not limited to fashion alone. The designer has always been involved in the support of humanitarian efforts including, among others, UNICEF and Green Cross. In Italy, he has been recognised for this work in promoting Italian craftsmanship with the title Grande Ufficiale dell’Ordine al Merito della Repubblica Italiana and in 2008 he received the French Légion d’Honneur in Paris. In 2000, the designer was honoured for his remarkable cultural and sociological impact with an exhibition at the Solomon R. Guggenheim Museum in New York. Other achievements include the Award for Best International Designer, Lifetime Achievement Award for Menswear, Art and Fashion from the CFDA and the first Rodeo Drive Walk of Style Award, making him one of the most prominent leaders in the industry.

The Outstanding Achievement Award celebrates the overwhelming creative contribution of an individual to the fashion industry, who throughout their illustrious career has constantly shaped and reshaped the fashion world through their innovation and creativity. Previous winners of the Outstanding Achievement Award include: Miuccia Prada, Ralph Lauren KBE, Karl Lagerfeld, Dame Anna Wintour, Terry and Tricia Jones and Manolo Blahnik CBE to name only a few.

The Fashion Awards is the main fundraiser for the BFC, a not for profit organisation focused on promoting excellence in British fashion and supporting the future pipeline of creative talent. The BFC’s work is achieved through a range of charitable initiatives which focus on education, business and mentoring schemes that support talent from school level and emerging designers to fashion start-ups and established brands. In 2018, the BFC raised over £2.3 million for its charities and business support initiatives out of which £1.1 million will be allocated directly to scholars and designer businesses.

The generosity and commitment of our sponsors is more vital than ever. Please help us by acknowledging our Presenting Sponsor Swarovski and Official Sponsors American Express, Getty Images and Lavazza Coffee for their support of The Fashion Awards 2019.

General tickets for The Fashion Awards 2019 are available here.