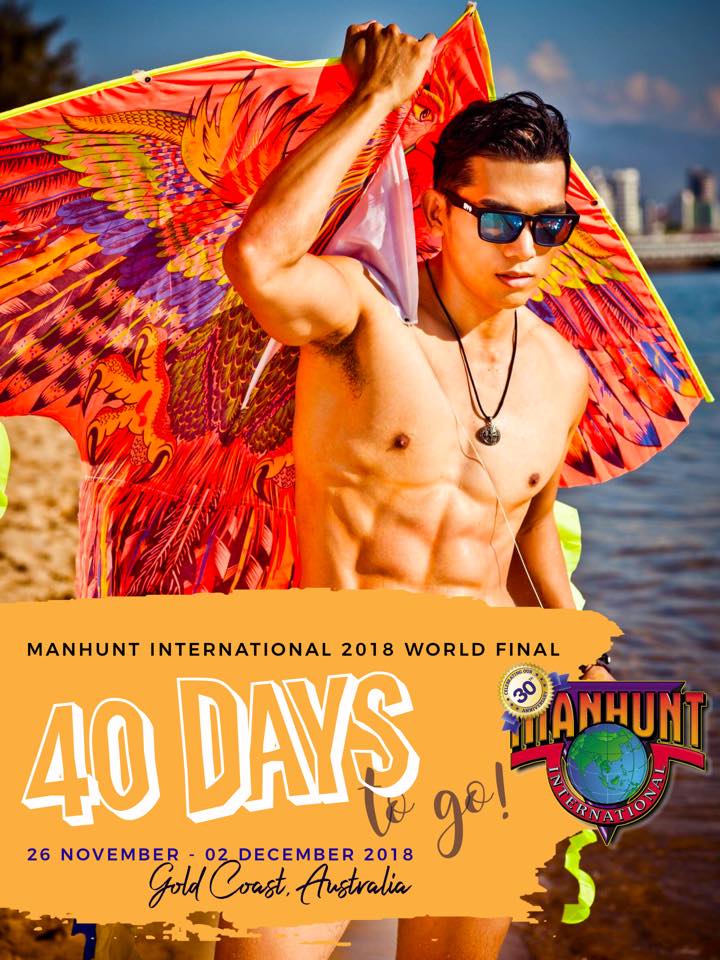 This is something for the ladies!!! Pop the kettle on and read on…

We recently heard about Manhunt from Jack Heslewood who is representing the United Kingdom. We’re always interested in people’s views on pageants and when we heard abut this one, well we couldn’t resist in finding out more and to be honest we have mixed views in and around the office as you can imagine.

In fact there’s still a variety of questions that pop up when we start discussing it.

We need you to have a read of the post below, to find out on how Manhunt started and then get in touch with your views and share with us what you think. Is Manhunt International A Good Thing?

Manhunt International wears the crown as the World’s first and without doubt the most prestigious of all pageants & competitions for men. It started life in 1988 when Alex Liu, pageant director of Metromedia Singapore, decided to stage the first male model contest in Singapore announcing a “Manhunt.”
Manhunt became International in 1993 when Rosko Dickinson and Alex Liu joined forces with a dream to offer the men of the World a platform to showcase their talents. The first ever Manhunt International World Final was held in Australia in 1993 with 25 contestants.
Manhunt International is organized in a macho way with outdoor activities, thrilling events, public presentations, talent competition, fun routines, and even a chance to meet and impress ladies. Contestants are judged on their catwalk and runway skills, photogenic ability, personality, and physical attributes.
Manhunt International is organized to promote new faces for the male modeling and fashion industry. The men that enter Manhunt International are also encouraged to become role models and good corporate citizens for younger people to look up to.
Today, Manhunt International is easily the World’s most recognised and longest running international male model contest. It is the worldwide search for the best male models with the highest number contestants happening in 2006 (held in Jinjiang, China) and in 2012 (held in Bangkok, Thailand)
Several countries have hosted this international male model pageant including—Australia (1993, 1994, 1998), Singapore (1995, 1997, 2000), Philippines (1999), China (2001, 2002, 2006, 2016), Korea (2005, 2007, 2008, 2011), Taiwan (2010), and Thailand (2012, 2017).
Winners have come from many different countries, namely, Germany (1993), Greece (1994) South Africa (1995), New Zealand (1997), Sweden (1998 & 2016), Venezuela (1999), Australia (2000), India (2001), France (2002), Turkey (2005), USA (2006), China (2007 & 2011), Morocco (2008), Slovak Republic (2010), Philippines (2012), and Vietnam (2017).
This year is the 19th Edition of Manhunt International with the next World Final being announced by its Executive President, Rosko Dickinson. The 2018 World Final will be held on the fabulous Gold Coast, Australia from Monday 26th November to Sunday 2nd December. The first ever Manhunt International World Final was held in 1993 in Gold Coast and it’s fitting that 25 years later it returns to the place where it was born.

All other events are being planned and the itinerary will be finalized soon but expect to see Australian favorites including Kangaroos, Surfing, BBQ and Beach activities.

To keep up to date and find out more visit their website:

Wish Jack and all the other contestants the best of luck by following them on Instagram ( manhuntintl ) don’t forget to tag us in.