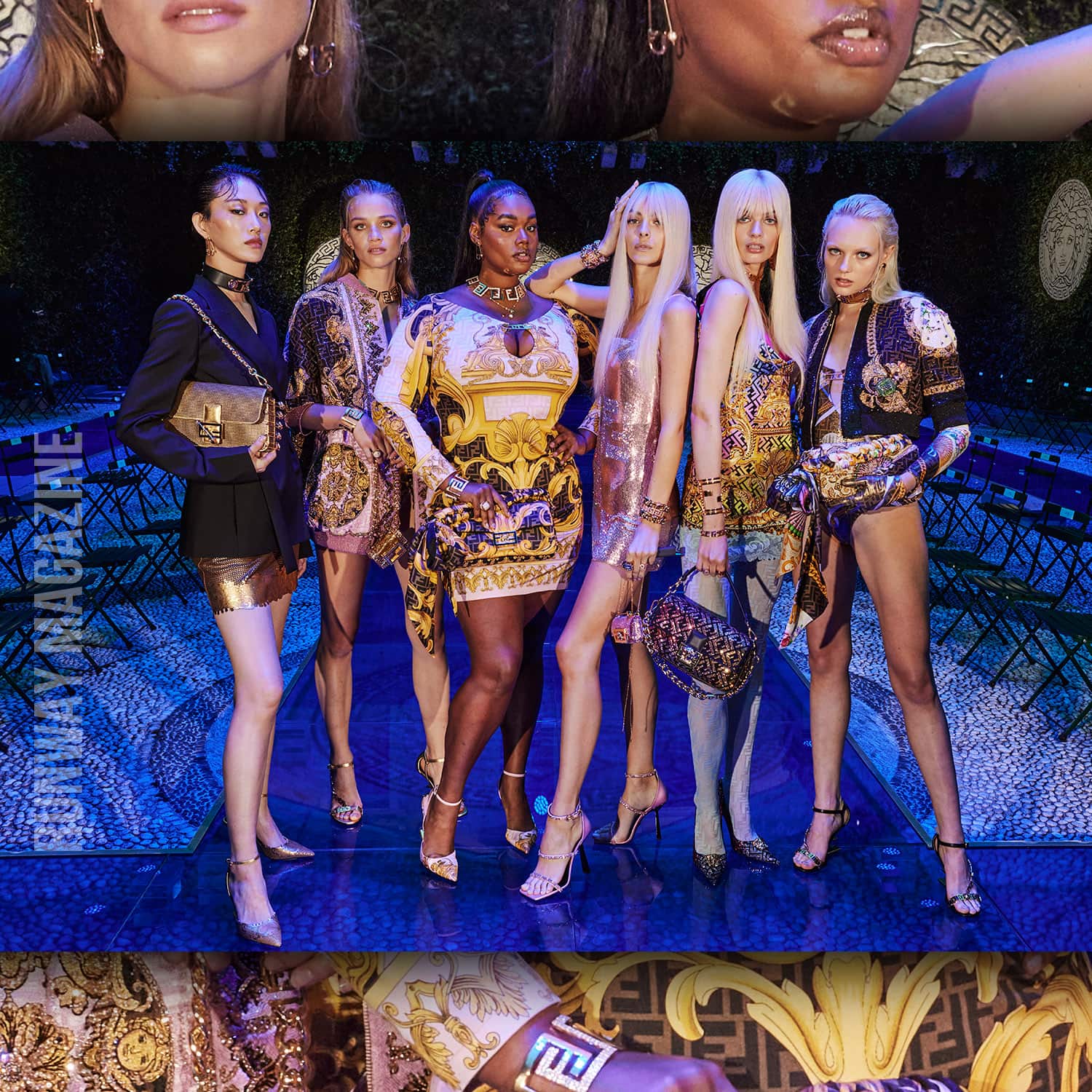 Brand collaborations are popular between mid-market retailers, for example H&M working with countless brands over the years such as Pringles, Simone Rocha and Giambattista Valli to bring out exclusive yet affordable collections. But in recent years, luxury fashion houses have also begun to toy with the same idea.

In early 2021, Gucci and Balenciaga worked together to work on an exclusive line of collaborative pieces. Ready-to-wear comprised of a layer of the two famous monograms, but the accessories were a personal favourite. Popular silhouettes like the hourglass bag from Balenciaga was adorned in Gucci’s beige monogram canvas and in contrast to this, we saw the Jackie bag from Gucci reimagined with Balenciaga’s repeat logo printed on smooth leather.

Gucci also worked on a collection with The North Face at a similar time to this, not necessarily working with another luxury fashion house to collaborate with but the outcome was highly sought after and appealed to a large portion of a younger demographic. Alike, the other two collaborations, monogram patterns and brand iconography were merged to create a padded jacket which epitomised the silhouette of a North Face puffer jacket and a t shirt identical to Gucci’s popular white branded tee.

In Spring/ Summer 2022 fashion week. Fendi collaborated with Versace on an exclusive collection, comically named ‘Fendace’. The collection from Kim Jones and Donatella herself comprised of merging both the famous Greek greca pattern and Fendi’s iconic zucca on a variety of accessories and ready-to-wear garments. The result of this pattern was basic but effective at the same time on the accessories created, however the ready-to-wear was taken to another level. Baroque was used over a large portion of the garments to highlight the Fendi monogram however still clearly relating to Versace’s inspiration from the baroque style era. The resulting looks were edgy yet still epitomised the heritage of both luxury fashion houses.

After a stressful two years for the fashion industry during the Covid-19 pandemic, it seems luxury houses are ready for more experimentation and consumers aren’t against the idea.