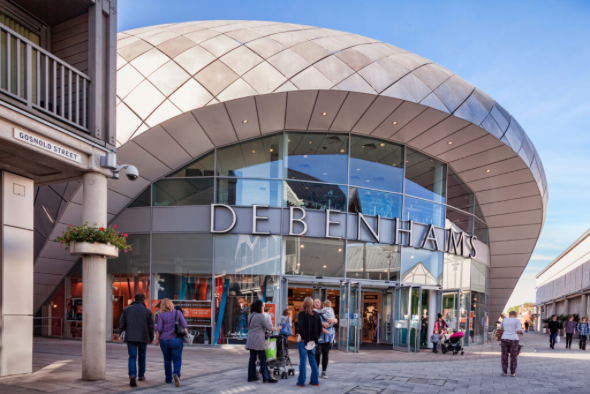 It was announced on the 25th January 2021 that the e-commerce fashion retailer Boohoo, would acquire the Debenhams brand. However, the deal does not include the reopening of the 118 High Street stores across the UK, resulting in the inevitable loss of thousands of jobs. It will be the end of an era for the department store fashion chain, having graced the high streets of UK for 242 years.

So, should this be seen as a win for Debenhams or a loss? Public opinion surrounding the topic has been divided. Over the past few years Debenhams have suffered financially with plummeting sales and profit margins being too difficult to overcome. Debts became a huge burden; administration became the only option for Debenhams and resulted in the closure of 20 stores back in 2019. Since then, as a result of the detrimental economic impact the Covid pandemic has had on retail brands, the acquisition by Boohoo seems like the only hope for the future of the company. Experts have outlined that the demise of the department store chain; came as a result of the brands failure to remain ahead of the curve and keep up to date with the latest fashion trends. Increasing numbers of online brands began to emerge and Debenhams failed to differentiate and stand out in such a saturated market. Global Data retail consultant Maureen Hinton highlights: “Back in the 1990s they had Designers at Debenhams, where designers like Ted Baker or Jasper Conran would do in-house ranges for them. That was a good differentiator but they never moved on…They also filled their stores with concessions that weren’t anything you couldn’t buy anywhere else on the High Street.” Unfortunately, Debenhams failed to continue to implement these USP elements throughout the years that followed.

Boohoo has already acquired a catalogue of brands including Oasis, Warehouse, Karen Millen and Coast. The takeover of Debenhams will enable the brand to expand into new markets and new demographics; furthering their goal to set itself up as a marketplace similar to the likes of Amazon. Debenhams’ online business takes £400m a year from 300 million visitors, making it one of the UK’s top retail websites. “This transaction will allow a new Debenhams-branded business to emerge under strong new ownership, including an online operation and the opportunity to secure an international franchise network that will operate under licence using the Debenhams name.” Although, what will happen to the vacant spaces leaving empty gaps in the retail landscape of bustling high streets and the thousands of people that will no longer be in employment?