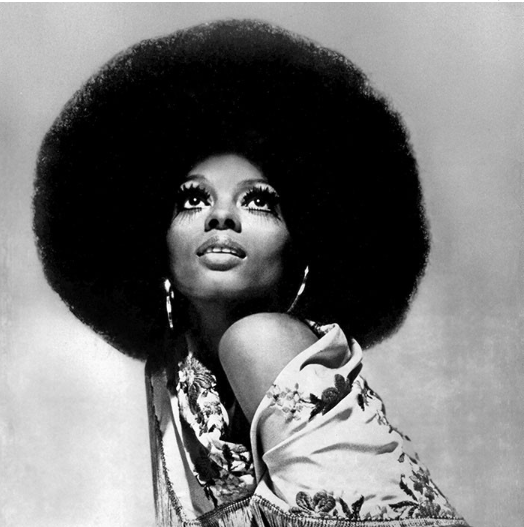 Styling methods for Afro hair have drastically transformed throughout the decades ranging from finger waves to Jheri curls, many of these styles still being very relevant in today’s society. We are lucky to have such a varied range of hair salons and products available, which now cater to Afro hair types. Throughout history this was not the case, Afro hair products and salons were very limited and, in some cases, virtually non-existent. The kinky texture of Afro hair has not always been embraced, dating back as far as the slave trade era. Slaves’ hair which resembled a more European aesthetic were often treated better than their counterparts with curlier textures. This notion of straighter hair being superior and afro textured hair being messy and unprofessional made a long-lasting imprint on society long after slavery was abolished. Notions which are still very relevant today.

The roaring twenties sparked the introduction of the iconic finger waves hairstyle, the style became a very popular way to add a feminine edge to the bob hairstyles which were prominent during the jazz age. The style was reintroduced into popular culture in the 1990s by various Hip-Hop artists including Foxy Brown, Missy Elliot and Lil Kim.  Natural afro hairstyles became more prominent in the 1960s and 70s, a pivotal time period for black people. Motown artists such as Diana Ross and the Supremes were dominating the top of the music charts, and the black power movement instilled confidence in individuals; to wear their afro hair with pride for the first time without feeling ridiculed. Big hair became increasingly popular and the afro became a symbol of freedom for many. The Jheri curl was the iconic hairstyle of the 80’s, Comer Cottrell brought the Jheri curl to the masses by creating handmade hair care products that replicated the salon treatment for a fraction of the price. In 1981, Forbes magazine titled the Jheri curl kit “the biggest single product ever to hit the black cosmetic market.”

Microbraids, laid edges and hair accessories were all the rage in the early 2000’s. Many of these styles have come back into mainstream culture. R&B singers Lauryn Hill and Brandi were firm advocates of the microbraid hairstyles increasing their popularity throughout society. Hair scrunchies were also an iconic trend during the start of Milennium, introduced back in the 1980s the favoured hair attachment made a comeback in the 1990s and into the early 2000’s.

Afro hairstyles today have taken elements from various different time periods, in recent years more women have been embracing the beauty of their natural hair, due to more acceptance from society. Although, the European standard of beauty still perceives straight hair to be superior. Many afro hairstyles which were once and, in some cases, still are deemed unprofessional and unattractive have been adopted by various other ethnic groups within society without the history of stigma associated to these styles. This has sparked controversy, as to whether the individuals showcasing these styles are paying homage or culturally appropriating the hairstyles. There are still many changes to be made before afro hair is fully accepted into mainstream society without the negative perceptions instilled by years of disregard.